A private tour to Terezin has no limitations and is highly individualized to meet your needs and expectations. You will be picked up in the lobby of your hotel at 9:00 AM (or other time according to your needs). The price for this private tour starts at 260 EUR per group but varies depending on the number of participants and time of year. Contact us with the details of your request to receive pricing for your group. The tour usually takes around 6 hours, however, the timing is flexible according to your needs.

For an additional cost, are also able to work with you on the research of your ancestors who were imprisoned in the ghetto during the Nazi occupation. Such a tour will be focusing on a specific story and includes research of relevant documents such as transport list or death carts if they are available. 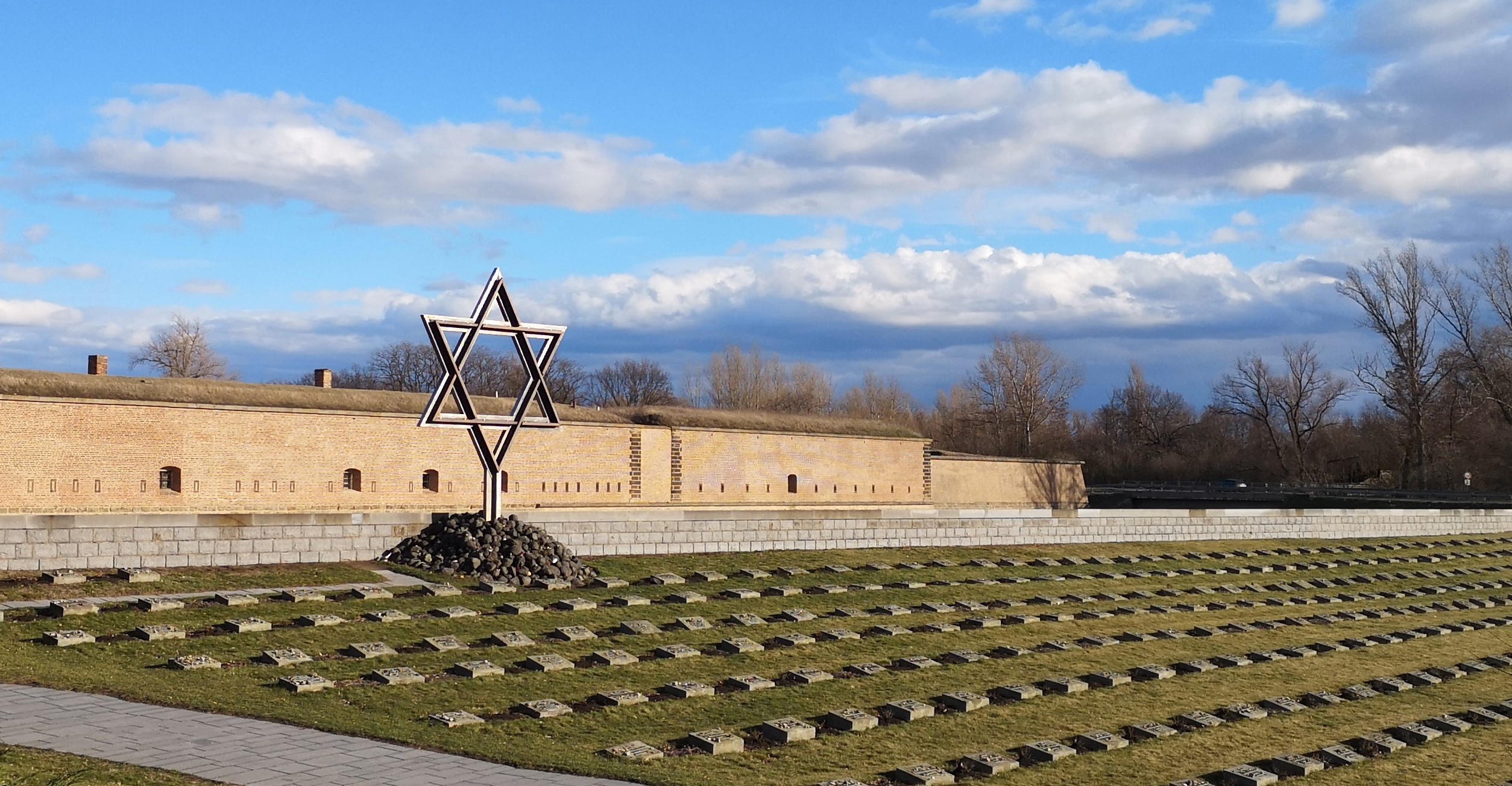 (Including transfer and entrance fees) 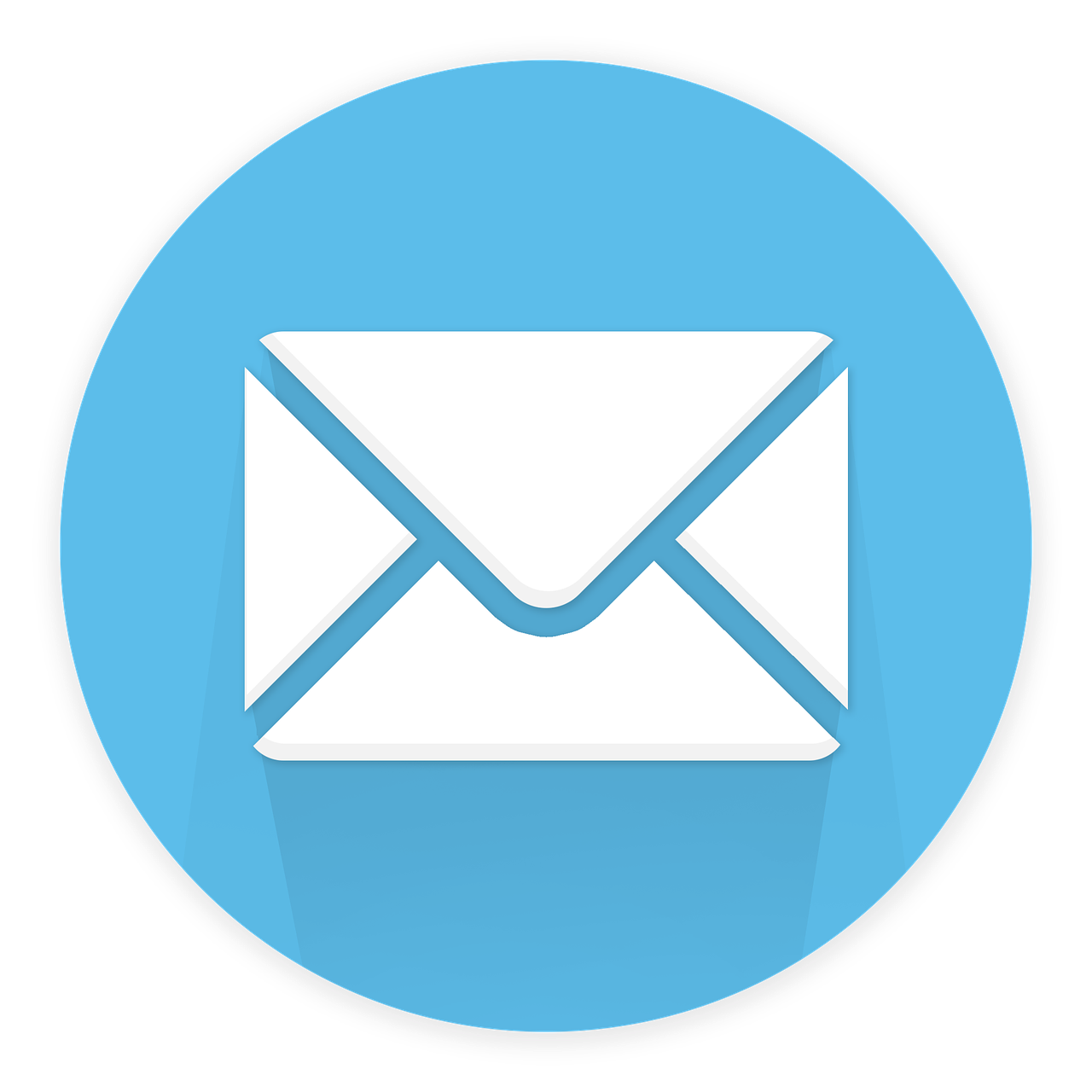 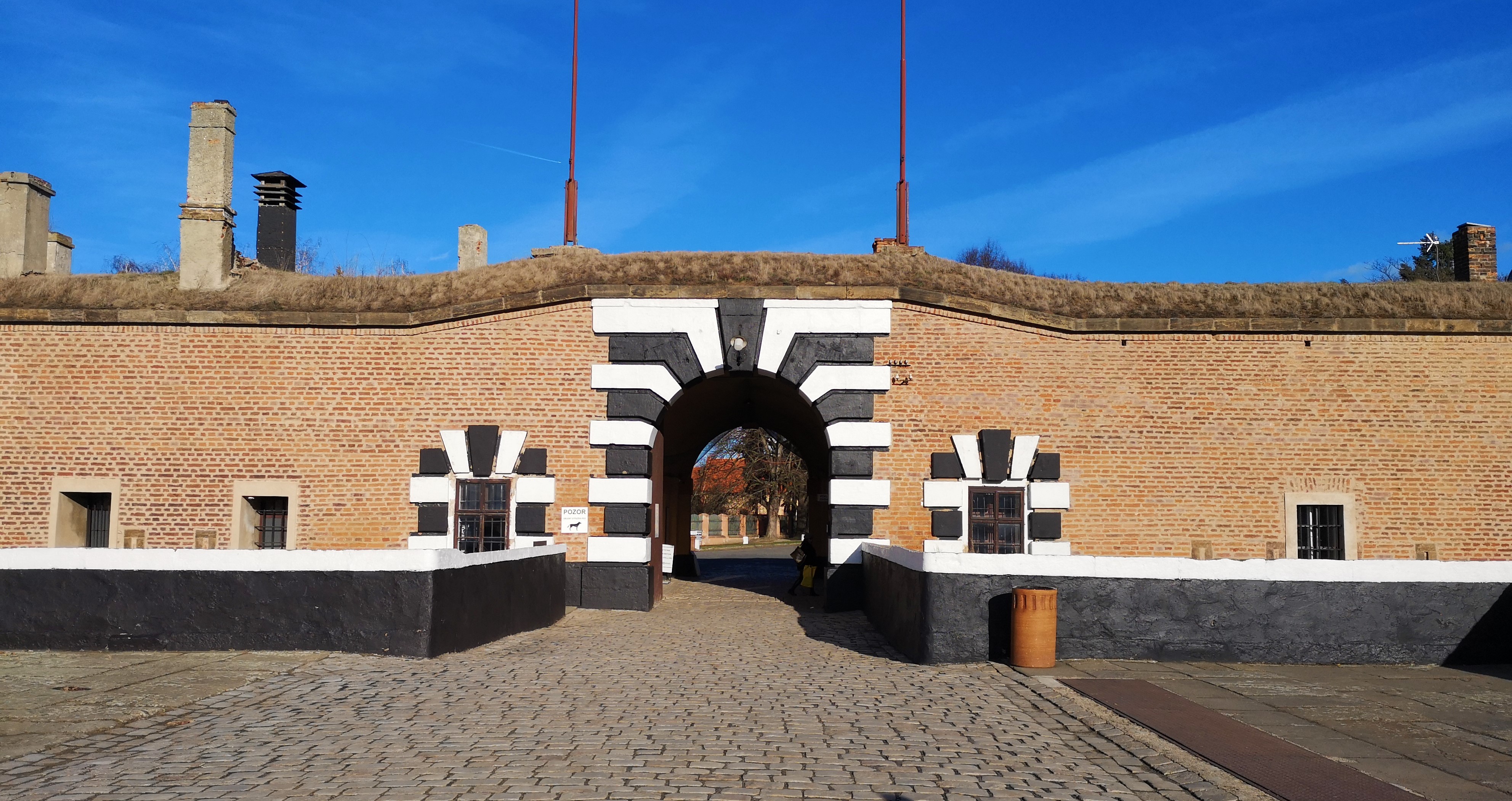 Terezin (or "Theresienstadt" in German), less than an hour's drive north of Prague, is a former Habsburg fortress and famous garrison town built between 1780-1790. This town became a holding camp for Jewish Czech families and selected Jewish groups from Germany, Austria, Holland, and Denmark between 1941-1945, and who were later deported to extermination camps in Nazi-occupied Eastern Europe.

The Nazi strategy of deception used Terezin as propaganda, promoting it as a typical settlement for European Jews and exaggerating everyday cultural and sporting events while hiding Terezin’s role as a major holding, slave labor, and deportation facility.

The German media, controlled by the Nazis, cynically described Terezin as “Theresienbad” (translated as "Terezin Spa"), where elderly affluent German Jews were encouraged to “retire” in safety, away from the danger of the ongoing war. These people were tricked into paying the Nazis enormous amounts of money for what they believed would be luxurious apartments with a beautiful view and daily care provided by servants.

In reality, they were meant to die from starvation or exposure in the worst possible living conditions of the overcrowded ghetto.

The role of Terezin in the Holocaust was underestimated for a long time.

The greatest Terezin historian and Holocaust survivor H.G. Adler describes Terezin as a “social experiment of Adolf Eichmann” and that its story cannot be compared to any other ghetto or camp. 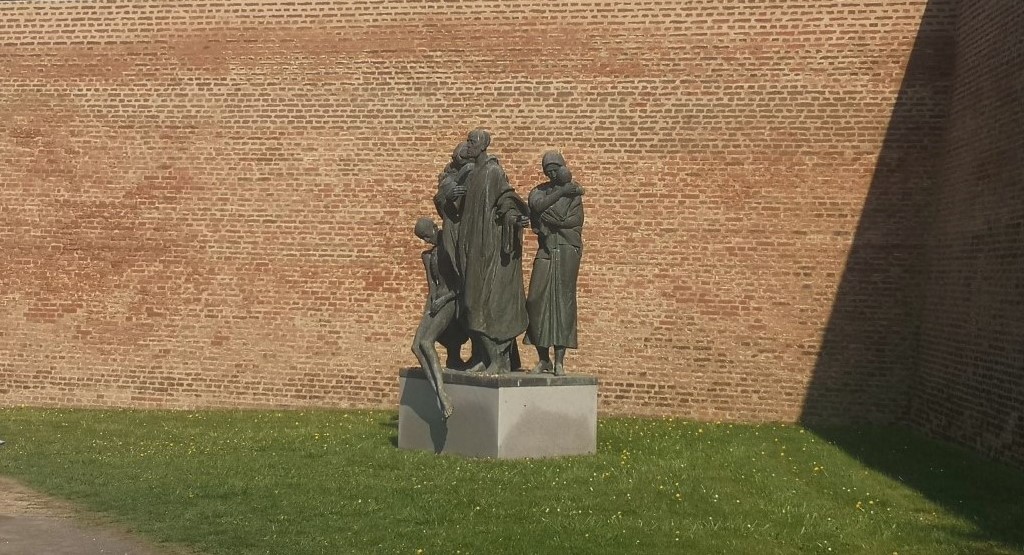 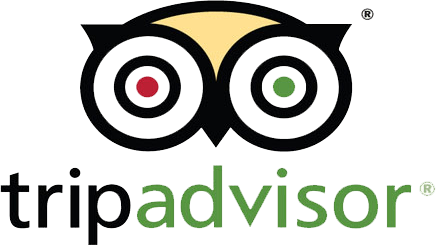 I am so happy I booked a tour with Pavel Batel's company, believe me the rave reviews are true. Instead of booking the small group tour, I decided to book the private tour since I was traveling with my elderly father who cannot walk very fast. the private tour, including tickets, was actually affordable and definitely worth the price. Special thanks to Jan, who made the trip a true treat. Jan's wealth of knowledge and genuine kindness and sensitivity for my father made the trip special. We enjoyed lunch with him, and he has a great sense of humor as well! We learned so much about the history of Terezin I practically felt like an expert after!
-Terezin is a short drive from Prague, and we began at the small fortress, which we got to explore in depth (even saw the cell the killer of Franz Ferdinand died in, whose death sparked WWI). We got to go in and out of tunnels, cells, and really see the inner workings of the 18th century fort. After this we proceeded to the larger of the fortresses, which actually contains the town of Terezin! We visited the Ghetto Museum, secret synagogue, Magdeburg Barracks, crematorium/cemetery, and burial society. So interesting to see how Terezin was used for propaganda purposes, while truly sad to see the lives the Jews led here before being sent to extermination camps.
-Jan made sure each stop of the journey was interesting and informative, he really kept the mood going. He also has substantial knowledge of numerous attractions outside of Prague, and I would definitely look to him when returning to the country. Cheers to Jan!

We are an American expat family who has traveled extensively over the past three years. Pavel Batel was one of the best tour guides we have had in any country at any sight. His knowledge combined with his passion for the subject of Terezin made his tour come alive for all of us: two adults and three children aged 16, 14 and 12. We felt that we had an entire history course in one day and we learned more than in any classroom. Pavel Batel is a talented guide doing a wonderful job of explaining Terezin which is so very important for people to understand. In addition, booking him was a simple experience with very kind and polite email communication along the way. Thank you, Pavel and company.

Our family visited Prague at the end of a river cruise. We were so very fortunate to engage Pavel for our tour of Terezin. He was so knowledgeable not only about the camp but the Holocaust. He was timely picking us up and gave us a history lesson along the way. He let us tour the main building, giving us time to read the displays while keeping us on schedule. Don't HESITATE!!!!! Engage him as your guide. You will be amazed.

Our group of four spent the morning before doing a fascinating tour of the Jewish quarter with Yvonne from the same organization. This provided a perfect set up for our private tour the next day to Terezin with Pavel Batel. After being picked up from our hotel Pavel dedicated our 45-minute drive to giving us a history of what we were about to witness. It turned out to be an incredible day. Pavel was a passionate and highly informed, knowledgeable guide who has devoted many years to become an expert in Terezin history. By day’s end, our entire group felt privileged to be able to spend time learning from him. We spent two weeks in Central Europe and this tour was absolutely one of the highlights. Not a fun experience but very personally rewarding for Jews from the United States trying to gain understanding about our heritage.

We have traveled extensively and have previously visited two other concentration camp memorials, but spending the day at Terezin with Pavel Batel is an experience that we will never forget. His knowledge and passion are just indescribable. We were a group of 8, and all of us felt this way.
Pavel picked us up in Prague when and where he said he would, and then delivered an experience FAR above what any of us expected. I absolutely cannot come up with the words to describe how pleased we were.

My friends and I were very fortunate to have had the unique experience of taking the full-day tour of the Terezin memorial sites with guide Pavel Batel. From the moment he picked us up at our hotel, Pavel provided amazing insights to help us understand the background to our visit to Terezin. Pavel took our tour to a whole new level as he told the haunting story of Terezin.

My husband and I were very fortunate to have had the experience of taking the full-day tour of the Terezin Memorial sites with guide Pavel Batel. From the moment he picked us up at our hotel, Mr. Batel provided the background history necessary to understand the context in which we would be visiting Terezin. We have been on a lot of tours where the guide is very knowledgeable. However, Mr. Pavel takes his tour to the next level in that he takes on the role of storyteller as well.  Whether you have the opportunity to tour the Terezin Memorial Sites with Pavel Batel or not, you owe it to yourself to learn more about this tragic time in history and particularly about how Terezin and its prisoners were unique to the Holocaust.

Seeing Terezin was on the top of my To Do list for Prague. I spent a lot of time researching which company to select as this was too important to do on my own. Once discovering Terezin Private Tours and reading the reviews, I stopped searching, knowing that I had selected the best. The reality proved even better. It was outstanding in every aspect.

The logistics and communications beforehand were flawless. Pavel picked us up at our hotel on time in a small van. Luckily for us, there were only four on the tour that day. He kept us informed and engaged from that first moment until he dropped us off at the end of the day.

What an incredible scholar, historian, storyteller, and guide. He taught us so much about the origins and naming of Terezin, Czech history, World War II, Sudetenland and its relationship with Germany, Reinhard Heydrich, to just scratch the surface. It was not just hearing history, but living it. He relayed stories of the survivors he had interviewed with passion, compassion, and knowledge. He even writes books on the subject. Many of the reviews I had read previously stated that they felt rushed and did not spend enough time in certain locations. Not so with this tour. The pace was perfect, allowing time to see, reflect, and really think about the atrocities that took place.
As for the price – very reasonable and competitive when stated beforehand, but afterward, we felt that we got so much more than we paid. This is not just recommended, but an imperative for anyone visiting Prague. Thank you, Pavel

On July 24th of 2018, my husband and I, along with four of our friends hired Pavel Batel on a recommendation from other friends who had visited Prague. We told them that we wanted to visit the Terezin Concentration Camp outside of Prague. They very enthusiastically both said we needed to contact Pavel Batel, as they had never had a better tour than with Mr. Batel. We took their advice and never looked back. Pavel was punctual, had a well air-conditioned car, and most importantly, is an excellent guide and teacher. He has a wealth of knowledge about Prague in general and the concentration camp in particular. He is a fascinating and interesting man, and a superb tour guide.

We were picked up at our hotel (very convenient) and went on our way to pick-up 2 other couples. It was an hour ride (if I recall correctly) to our first meeting point. The eerie feeling you get from being inside the walls of this camp are too strange. Michael, our guide, was quite well versed in the history and sense of what happened here. The day was an incredible journey through this time in history where people had reached their most horrid of capabilities in the name of domination.